My life is defined by my passion to love and serve God. At one time, I studied dance professionally with plans to move to New York, but my life was redirected when I encountered God in a very deep way – and then met my husband Sam Woodworth with a like-passion for the Lord.

That started us on a journey of cross-cultural missions and full-time ministry, raising kids, homeschooling, teaching in a bible college, producing film and television – all initiated because of our love of God and our desire to make him known in the earth.

I’ve had opportunity to touch many lives, but that doesn’t negate the value of one life influencing another over a simple cup of tea. Every drop of life-giving “rain” counts towards the bigger goal, as described in Habakkuk 2:14 of the earth being covered by the glory of God “as the waters cover the sea.”

No matter whether you are a career executive, a filmmaker, a single person or married with kids, you are meant to be the one ahead of the curve, setting the standard, establishing what will be in your culture or society. I hope to influence millions, but that doesn’t negate the power of one life influencing another to live for God. Every drop of “rain” counts towards the bigger goal of the earth being covered by the glory of God ‘as the waters cover the sea.’” – Laura Woodworth 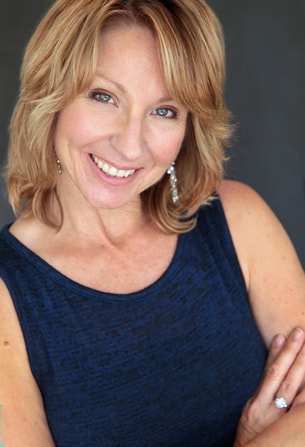 A multi-platform screenwriter and author, Laura has almost two decades of writing, production and directorial experience in award winning film, television and theatre including single cam and multi-cam projects and live events. A freelance writer-producer-director, development executive for Cooke Media Group in Los Angeles and script consultant for Stage 32 (the largest online platform for screenwriters with 800K members), she holds a bachelor’s degree in Ministerial Studies and graduate work in UCLA’s Professional Program in Producing Film and Television.

An award-winning screenwriter, her most recent work includes a VR project written for a 360° environment for the Bible Society UK and the 3-time Silver Telly Award winning Episode 5 "Asia: The Great Wall and Beyond" for the TBN television series “Inexplicable:How Christianity Spread to the Ends of the Earth” produced by Cooke Media Group. She is the writer, co-producer and director of IN TUNE. Winner of Most Inspirational Short Film (ICFF) and Best Original Music (CMA Film Contest) and nominated for Best Director; the film has gained distribution on Amazon, Christian Cinema and CanZion’s Glou Cinama, with various ancillary products increasing its reach. She is in negotiations on other film and television projects, and has written for other producers, most recently a feature film for River Productions, CRY PURPLE.

As an author, Laura is a regular contributor to FamilyChristian.com, iDisciplej, First 15 and Pure Flix Insider. A YouVersion partner, her YouVersion devotional plans have over 170K subscribers. Her books “Write—Launch Your Words into the World” and “Through the Valley: Move Your Life Forward in God” published by Family Christian Publishing are both slated for a spring 2023 release.